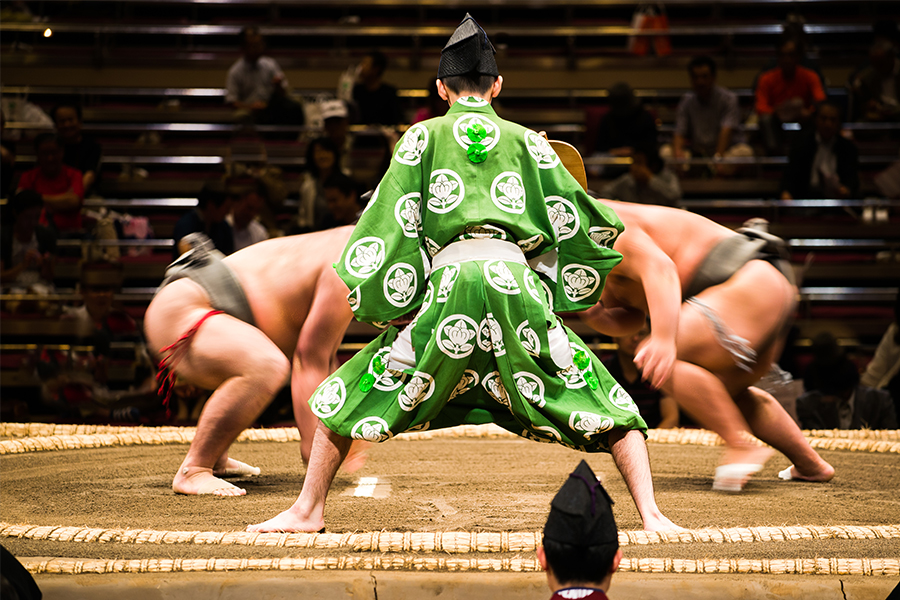 Sumo, a type of wrestling, is native to Japan and its origins date back to ancient times. One myth tells of gods wrestling with each other. Sumo was not just a sport, it was an important event to attract the attention of Shinto deities. Later it developed into a spectator sport. Even now, traces of Shinto rituals are seen in the actions of the sumo wrestlers (called rikishi) and the referees (called gyoji). Although sumo is practiced among young and old, men or women, as an amateur sport across the country, at present the Nihon Sumo Kyokaiis the only professional sumo organization in Japan. It has about 700 members and 43 stables, or heya (2016).