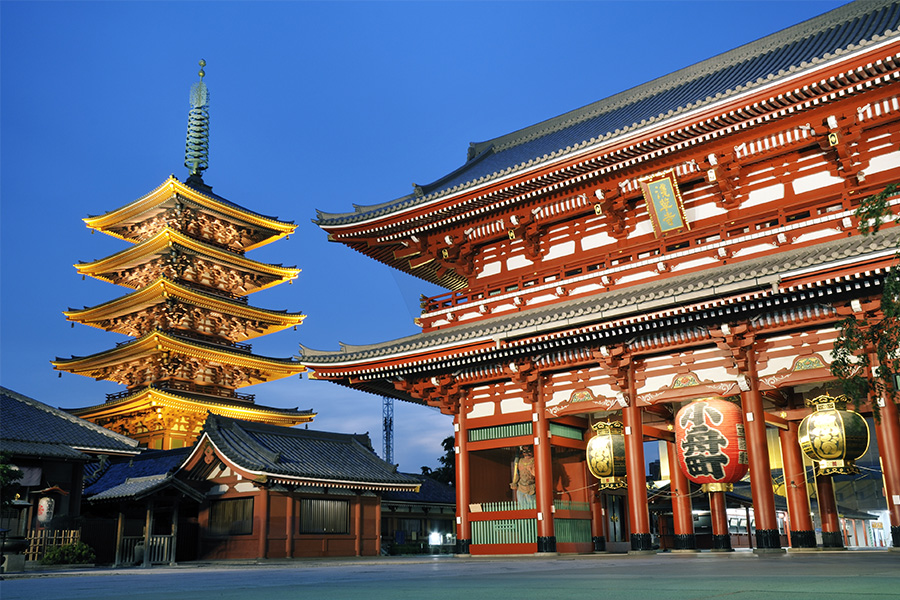 Forms one of the largest amusement centers in the city. There are many restaurants, theaters, and souvenir shops in this district, which attracts millions of visitors who come to pray for Kannon`s blessings on themselves and their families. In ancient times this part of Tokyo was below sea level, except for the hill on which a Buddhist temple stood. This temple has developed into what is known as the Asakusa Temple (Sensoji), which is the major attraction of this district. Sensoji Temple, popularly known as Asakusa Kannon Temple, is dedicated to Kannon. Kaminari- mon is the front gate to Asakusa Kannon Temple; its name means “the gate of the god of thunder”. 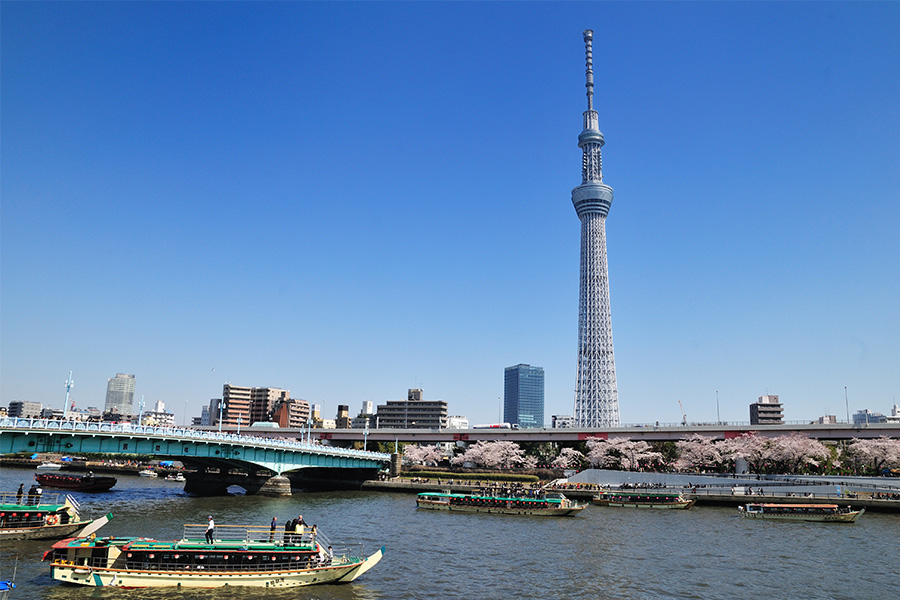 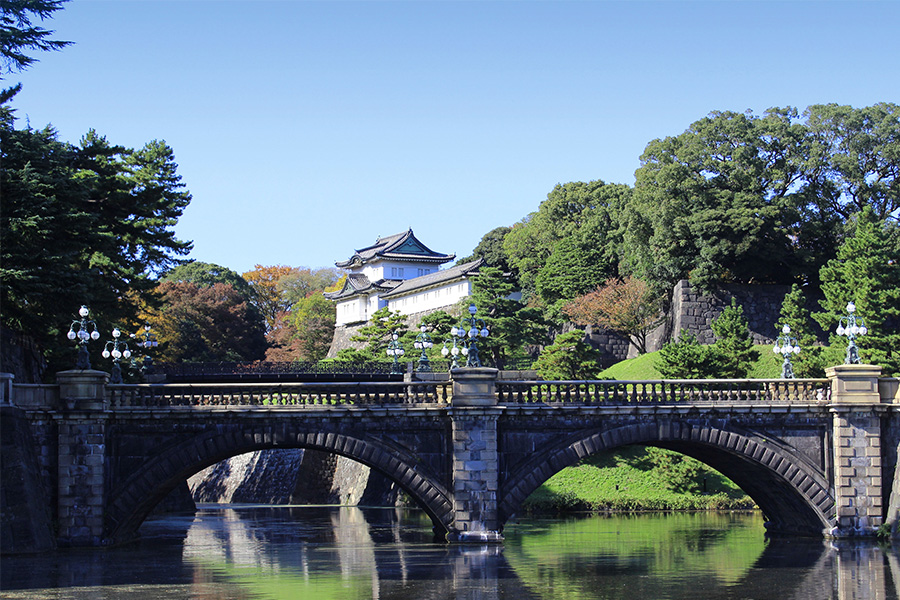 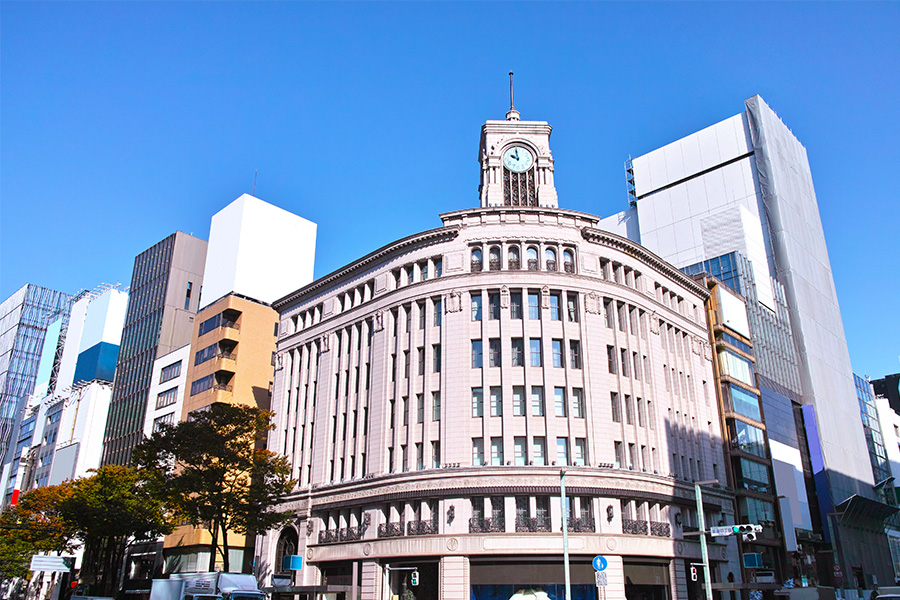 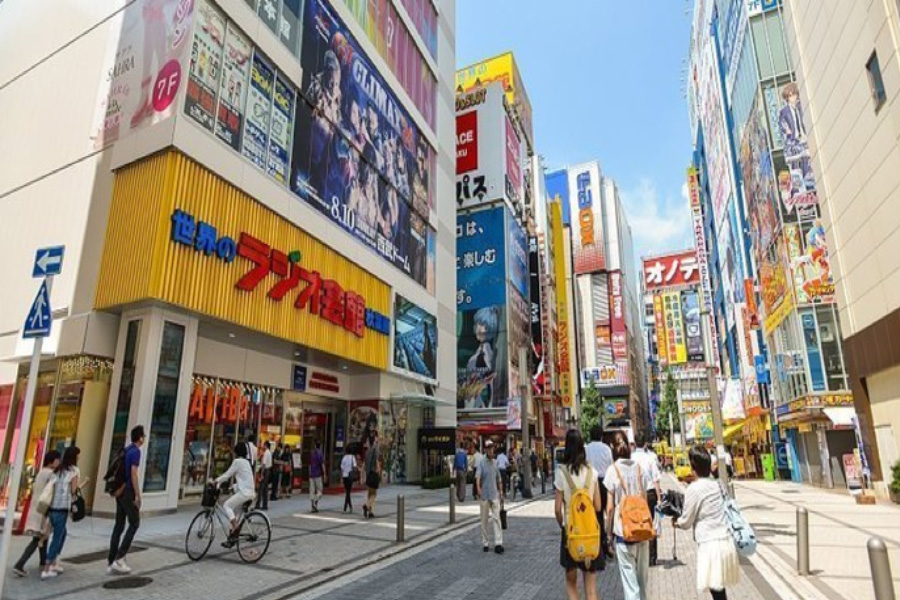 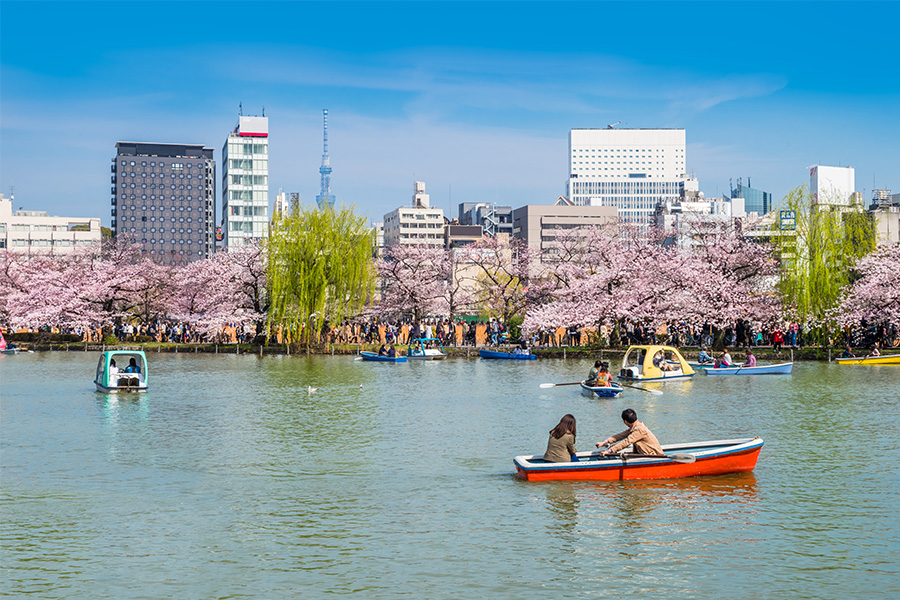 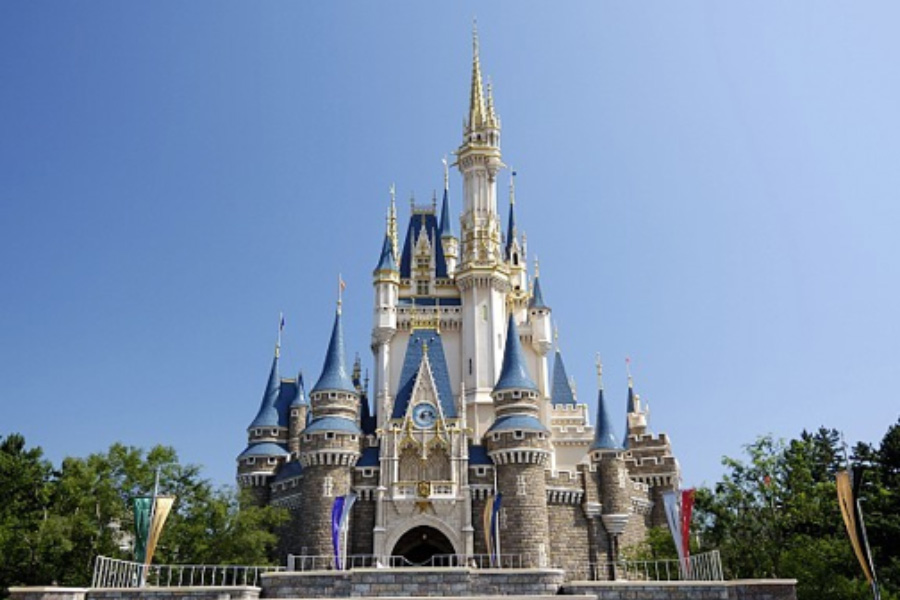